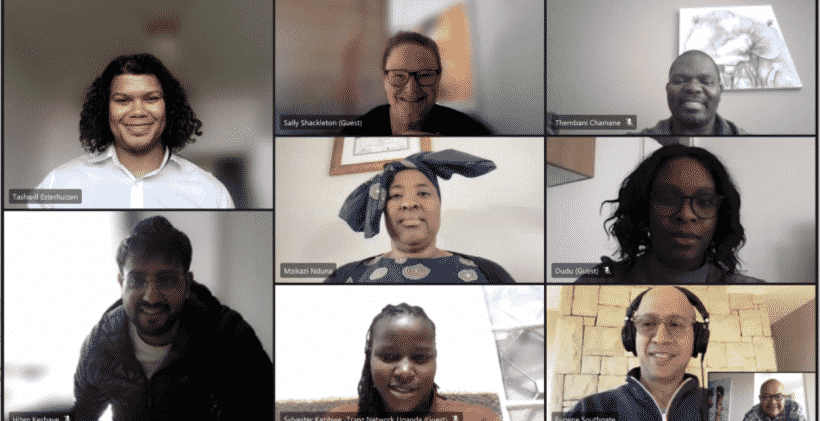 New Board to take Iranti into the next decade

Attorney Tashwill Esterhuizen, who has more than a decade of experience in the LGBTI human rights sector, has been appointed as the new chairperson of the Johannesburg-based media-advocacy organisation Iranti.

The new board comes on board as Iranti celebrates nine years of advocating for the rights of LGBTI+ persons on the African continent. While previous boards have supported the birthing of the organisation as well as building structures and systems for Iranti’s sustainability, this board will oversee a crucial transition phase of growth.

Founding director Jabu Pereira has announced that he will be stepping down in the next year, giving the new board the key task of hiring the next executive director.

Esterhuizen is a Legal Advisor with Amnesty International and a Mandela Washington Fellow He held key roles in Botswana’s successful cases, the first successful win, LEGABIBO won the right to register as a legally recognised NGO and the second victory was the repeal to the penal codes that by their order criminalised homosexuality.  He played a key role in the litigation against the Zimbabwe government by a Trans woman.  He takes over from outgoing chairperson Robert Hamblin.

Reflecting on his term on the board, Hamblin noted that when Iranti started out, it was driven by strong feminist professionals who were inspired by the passion generated by the organisation as integral to its founding vision.

“This has strengthened putting policies and processes in place and with strong professionals supporting that growth on the board,” he noted. And, as the organisation grew into its mandate, even board members grew into their identities as Iranti began to serve lesbians, transgender and intersex persons.

“You know, we had to work out what this means in collective solidarity and politically. We were on new ground. What does it mean to be in these identities, so in addition to strengthening, governance and policies, we had exciting, scary conversations crucial to building Iranti’s board culture,” he recalled.

Hamblin noted that the new board would face the challenge of saying goodbye to the founding director and – with that – discussions about the future of the organisation such as whether the organisation would engage a new model of succession.

“We are financially stable and have the time and the resources to welcome a new director,” he added.

Board chair Esterhuizen also acknowledges that the organisation needs to support an LGBTI community that has been traumatised by government and societal violence.

“We need to consider how we can contribute to meaningful social change without resorting to more criminal laws because we have no shortage of those in Africa,” Esterhuizen said.