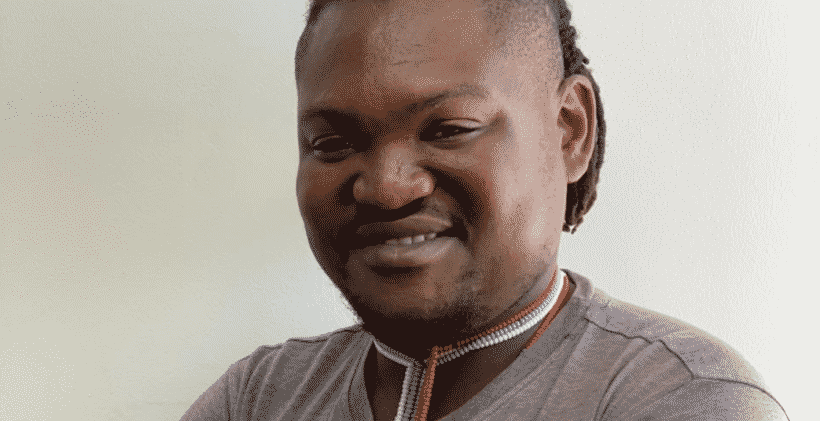 Growing up in Khayelitsha, Western Cape South Africa, Ntuthuzo Ndzomo knew he was living in an unequal world.

“In primary school, I already knew that there was an issue of inequality within my community and other communities, and that’s when I started getting involved in the civil society sector,” he said.

After joining Equal Education in high school, Ndzomo never looked back on the NGO sector and went into a career of advocacy, following his tertiary studies at the University of Cape Town.

Most recently, Nzdomo joined Iranti as Programmes Manager. This was after a ten-year journey across the country, advocating for equality issues. His travels included attending to issues of education, housing and the recognition of traditional healers who are part of the LGBTI+ community.

At Iranti, Dzomo drives the organisation’s advocacy work that champions the rights of LGBTI+ persons in Africa.

“When I wake up in the morning, I get excited to know that the diverse group of people that I work with, the whole team of Iranti, are people who are here for the good of the organisation.

“They are individuals who don’t work for a salary at the end of the month but for something which is much more personal for them.”

Same-sex relations are legal in 22 of 54 African UN Member States, according to an International Lesbian, Gay, Bisexual, Trans and Intersex Association 2020 report.

“The legality of same-sex sexual acts cannot be read as evidence of a safer living environment for people with diverse sexual orientations or gender identities or expressions. In many of the States listed below, the social stigmatisation of people who are perceived as non-heterosexual or non-cisgender remains alarmingly high,” the report reads.

South Africa is the only African country that has legalised same-sex marriage. While LGBTI+ persons should constitutionally enjoy the same rights as non-LGBTI+ persons, the community is still rocked by spates of hate crime. Advocacy alone is not enough to fight the issues targeting LGBTI+ persons in South Africa and the rest of Africa, Ndzomo says.

“We may advocate for things, but if there’s no policy reform from the government, it’s not going to work,” Ndzomo said, adding that policy reform is the key to bring tangible change for the LGBTI+ community.

As such, Ndzomo hopes to contribute towards policy reform that fully recognises LGBTI+ persons. This includes seeing the end of intersex genital mutilation and for transgender and non-binary persons to access IDs.

“And that’s something which would actually last for a very long time, even probably when I would have died,” he said.