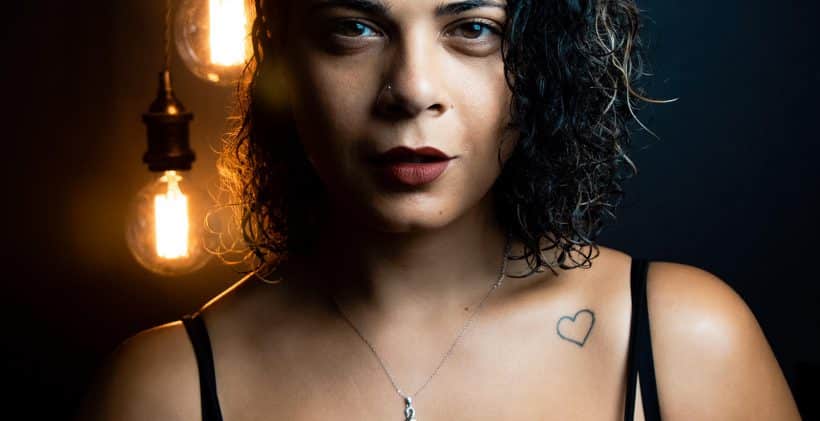 When Zoey Black decided to move from the performance stage to behind the scenes, she wanted to spotlight queer experiences – something that impacted her directly as a transgender woman.

“As a queer person, I really struggled with content or resources that spoke to my experience as a trans woman and at the time, I was trying to find online content that I could relate to my own experience,” the Cape Town native says.

Today, the actress-turned-content creator is Iranti’s Media and Communications Specialist. Iranti’s advocacy footprint spans Africa, advocating for the visibility and dignity of the LGBTQIA+ community, especially those of lesbian, transgender and intersex persons.

In her new role, Black hopes to create content that is not only engaging but educational, amplifying the lives and voices of LGBTQIA+ persons.

On her journey to improve the visibility of LGBTQIA+ persons in the media, Black has worked in both the media and civil society spaces including AFDA and Gender DynamiX.

“That for me was a really great opportunity to forge the kind of work that I’ve been doing, not necessarily purposefully doing in terms of advocacy itself but had the experience of my life that opened up the possibility to be able to do that.

“And I think I did well. And I felt really comfortable and at home in those kinds of spaces,” Black says.

Black is also comfortable using her own experiences as a transgender woman to provide information about transgender issues in both an educational and entertaining way.

“I purposefully made an effort to be loud and be visible about my life, my identity and things, and I subsequently started a kind of vlog which then really took off,” she says.

Black’s YouTube channel includes queer-focused content such as steps on how one can legally change their name in South Africa. It also gives viewers a glimpse into her life, allowing them to follow her around in her daily life through vlogs.

“The channel started growing in a way where I had been wanting to explore moving out of a traditional, you know, information-based space into a more relatable kind of experience,” Black says.

Humanness is a key aspect that helps stories be relatable, something the media often omits when telling LGBTQIA+ stories.

“This idea of, you know, that if you give people information, they’ll love it just because it’s relevant to them. I don’t think that’s the case. I think people […] scroll right past it because it’s not engaging and there’s no relatable human element to it. Every time I see posts like that, I’m just like, ‘Oh.’”

With Iranti, Black hopes to create people-centric content that is relatable and will resonate with the LGBTQIA+ community.

Black said: “My work has very much been driven by being a human being. I guess that other people can see and feel like, ‘Oh, look, there’s a trans person, that’s amazing’ or for other people to go, ‘Oh, there’s someone like me’”.