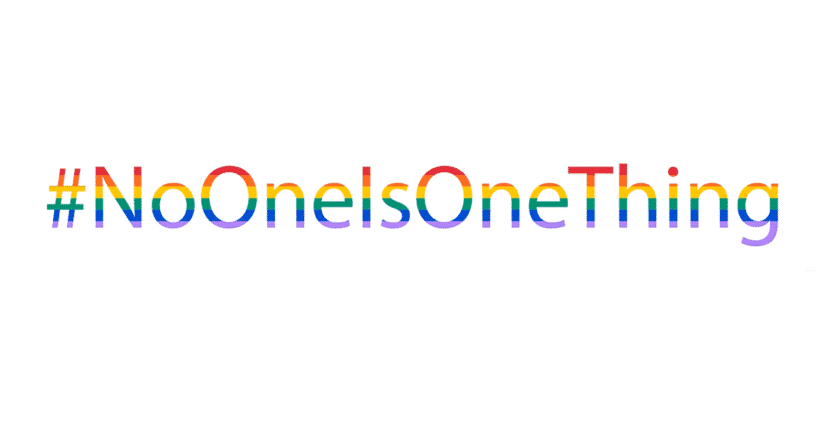 #NoOneIsOneThing: Sharing our diversity through storytelling

Storytelling gives people a platform to come together and share their joy, pain and resilience. The #NoOneIsOneThing premiere held on June 24 did just that for the African LGBTQIA+ community.

Over 130 people signed up for the online event that screened eight *films from Southern African content creators. Their stories were the outcome of the Safety, Dignity and Freedom self-documentation programme Iranti carried out in partnership with LEGABIBO, Wings to Transcend Namibia, Ivy Foundation, TREAT Zimbabwe and Intersex South Africa.

Iranti programme officer Jade Jacobs said all of the stories are personal to the creators and that while the creators may identify with their LGBTQIA+ identities, they still live intersectional lives.

“The people that created these stories embody the essence of the #NoOneIsOneThing campaign,” they said.

The #NoOneIsOneThing campaign aims to educate broader society around the existence of LGBTQIA+ persons, shifting the focus from their LGBTQIA+ identities to the various aspects of their lives that make them who they are.

South African content creator Crystal said the media often fixates on a person’s genitals when telling intersex stories. The premiere screened her film “Living Beyond Boundaries”, a film she created with her sister Hendryhetta about their journey of discovering their intersex identities.

“With this we could focus on our family, being sisters, and our experiences without it being sensationalised,” she said.

For Zimbabwean content creator, Billius The Majestic, producing their film “Dude, that’s Gay” gave way to unpack thoughts and feelings of being a bisexual and masculine-identifying person. The film explores the way toxic masculinity interacts with sexuality.

“This experience has helped me be more authentic and be secure in knowing that I am who I am and I don’t have to explain it,” they said.

Growing up in the small town of Maun, Botswana, Gybian Mothai struggled to be an openly non-binary person in a conservative society. Their story “Me” spoke of their journey and the struggles and backlash they faced as a result of coming out. Gybian said it felt ‘great’ sharing their story with the rest of the world.

There is a slow change in Africa in realising the inclusion of LGBTQIA+ persons in society. Same-sex relations are legal in only 22 of 54 African UN Member States, according to an International Lesbian, Gay, Bisexual, Trans and Intersex Association 2020 report. The report also states that LGBTQIA+ persons are othered and still face “alarmingly high” levels of stigma and discrimination.

As a queer content creator, Sun Ray J from South Africa said they hope to inspire other people in the LGBTQIA+ community who may feel alone. Their film “Radical Self-Acceptance” that they created with fellow South African content creator Idah, premises queerness throughout Africa’s history – despite it being made to seem foreign and unAfrican.

“Just being in a group like this shows where we get our strength from and we learn so much about each other, we meet people who make us realise that there’s so many of us – there are queers everywhere – who are we to think we are alone?” Sun Ray J said.

*The content creators and their films at the #NoOneIsOneThing Premiere were: Billius The Majestic: ‘Dude, That’s Gay!’ (Zimbabwe); Cleo & Sammie: ‘We Exist And We Are Humans!’ (Malawi); Crystal & Hendryhetta: ‘Living Beyond Binaries’ (South Africa); Gybian Mothai: ‘Me’ (Botswana); Idah & Sun Ray J: ‘Radical Self-Acceptance’ (South Africa); Karabo: ‘Re E Bona Yalo’ (This Is How We See It) (Botswana); Stewie Le Savage: ‘Free … Me’ (Zimbabwe) and Tsitsi Ndabambi: ‘Battle Within Lifestyle Of Intersex &Transgender Drug Addicts’ (Zimbabwe)