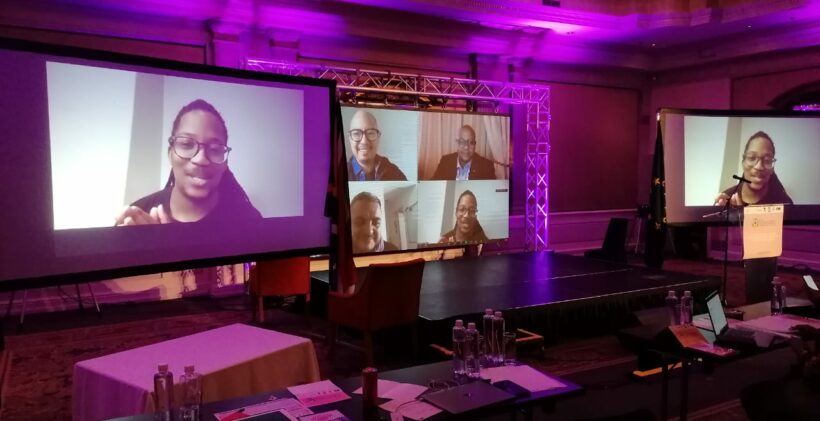 “It’s agency and having the right to self-determination,” added Thela.

From a global perspective, countries such as Argentina and Ireland have already introduced legislation and policies allowing individuals to self-identify and access gender-affirming healthcare accordingly.

“We should be clear that there are standards that already exist, and it is up to states to try and implement these,” said Chiam.

“A lot of European countries, have had exciting advances such as the opportunity to look at non-binary options, remove sterilisations, forced divorce and the opportunity to give people who are non-citizens the options to change their particulars, although the process hasn’t been consistent in Europe and Asia,” Chiam added.

In 2012, Argentina passed their first gender identity law, allowing citizens to self-identify and allowing them to change their gender markers based on the principles of self-determination.

A first of its kind, the law abides by Yogyakarta Principles which provides an outline for the application of international human rights law in relation to sexual orientation and gender identity.

The gender identity law has been used by more than 10 000 people, according to Grinspan, which “allowed other progressive laws, like abortion for all women and all individuals who are able to fall pregnant”.

“To change, to be ourselves in terms of identity and our bodies, the law is not putting any other legal regulations at stake or at risk, but actually expanding the rights of everyone in the country,” Grinspan added.

In South Africa, The Alteration of Sex Description and Sex Status Act 49 of 2003 prevails, a law currently challenged by Trans and Intersex individuals who have applied for amendments with South Africa’s Department of Home Affairs (DHA).

Highlighting the issue with Act 49, Thela added that it is: “Short term solution to a long term problem.”

Earlier, Department of Home Affairs Chief Director: Policy and Strategic Management Sihle Mthiyane said: “The biggest challenge we sit with is dealing with the binary system, and if the binary system of the state isn’t reformed, then we can’t enact change.”

According to Mthiyane, the DHA have proposed a new policy that will allow Transgender and Intersex persons to self-identify and adjust their Identification Numbers to reflect a gender-neutral option as opposed to the current system which denotes gender numerically.

“The recommendation is that we need gender-neutral ID numbers,” he added.

“I have been waiting 18 months after numerous follow-ups, the suggested policy is future-orientated but implementation remains the issue,” she explains.

“What makes you confident it will succeed,” she asked Mthiyane.

Mthiyane said: ”Managers must manage”, referring Home Affairs officials; responsibility to do their work in relation to individuals who have experienced delays around implementation of Act 49 at the Home Affairs office in South Africa.

With the new policy for Transgender and Intersex person’s still in the discussion phase, Mthiyane noted: “We need to make sure that amendments are not hidden but are part of our annual operational plan, so that when we have a quarterly review, we can assess what’s happening with amendments, from my side.”