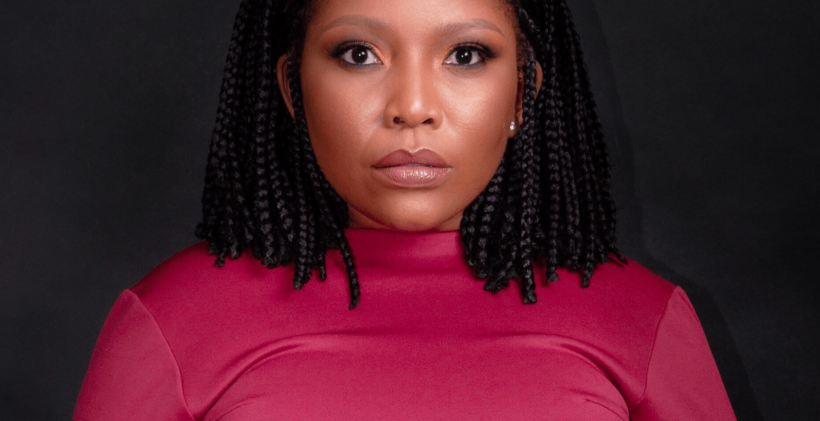 Iranti’s new Comms and Media Manager Nolwazi Tusini hopes to make a meaningful mark in queer spaces by documenting stories of joy, influencing conversations about gender and gender-based violence, and raising the profile of a 10-year-old organisation.

“I left the newsroom after 10 years as a broadcast journalist, looking for a new challenge and I feel like this new position came about as I was trying to figure out the next step in my career – after I’d decided that the work that I was doing wasn’t as meaningful as I wanted it to be,” Tusini says.

Tusini joined Iranti at the beginning of January, as Comms and Media Manager.

“I’m very excited about joining Iranti. I’m looking forward to working and being a part of the NGO space, which is where I’ve been wanting to be for the last couple of years, specifically being able to work with a queer organisation is a big deal for me,” says Tusini.

With Iranti turning 10 this year, Tusini says she thinks the team has done an incredible job of building the organisation, adding that her vision for Iranti is to raise its profile across borders, within the region and locally in South Africa.

“As someone who comes from traditional media, queer stories are on the margin as it relates to public discourse in the country and on the continent. Media today is only interested in our lives when someone dies or when there’s some kind of violence and I’d like to change that. These stories are important to communicate but we also, as an organisation need to communicate the ordinariness of queer people’s lives,” she says.

Tusini is passionate about documenting stories of joy.

We fall in love, we laugh, we have children, we have deep, meaningful friendships and romantic relationships, we’re professionals as well, and we’re activists – there’s a huge scope of queer humanity besides the pain and struggle,” she adds.

She says that the way in which mainstream media even discusses the deaths and violations against queer persons is problematic.

“It makes me deeply uncomfortable. We don’t need to know the gruesome details of how someone was violated if we’re not going to also talk about who that person was,” Tusini says.

Adding that: “We need to tell the stories of queer people when we’re alive and living ordinary lives as parents and students and professionals and members of families, to resolve the marginalisation of queer people.”

Tusini wants Iranti’s communication to the rest of the world to be about joy and ordinariness in addition to advocacy and documentation of human rights violations.

As a broadcast journalist, Tusini has taken part in many conversations around gender, race and politics around queerness and gender-based violence in South Africa and the African region. She says the responses and reactions she’s been privy to around these conversations have been relatively safe.

“As a social commentator, the response from audiences has been relatively good. I’ve also been in safe spaces when talking about it. Generally, people would talk to me about gender and gender-based violence. And so, when I speak publicly, I never just speak about being queer, I speak about queerness and what that means,” she says.

However, Tusini is very aware of her privilege in these spaces.

“Part of the reason why I was well received and didn’t feel unsafe or triggered in these spaces is because of the way that I present (as a femme cis woman) which offers a kind of safety that many queer people don’t have the benefit of. Because of this, when I walk into a room a lot of the time people are more receptive to what I have to say and that’s probably why it’s been easier for me without being triggered or violated or misgendered,” says Tusini.

She says one cannot have a conversation about gender without talking about queerness – and people do it all the time.

“I think people use gender as a misnomer for womanhood and gender is more than just women or cishet women,” she says, adding that “these conversations about gender need to change.”

On a more personal note, Tusini says her journey with queerness was never a question or serious conversation she needed to have with herself and others. In fact, she says it wasn’t even something she considered in her younger years as a teenager, because she was more concerned with becoming the first woman president of South Africa.

“I was adamant that I was going to be the first woman president of South Africa, so I spent years and years of my life focusing on that and leadership camps rather than dating.”

When she got to university, Tusini experienced her first queer relationship, and even then, wasn’t too concerned about ‘coming out’.

“I didn’t come out to my family; I didn’t feel the need and don’t believe in it.”