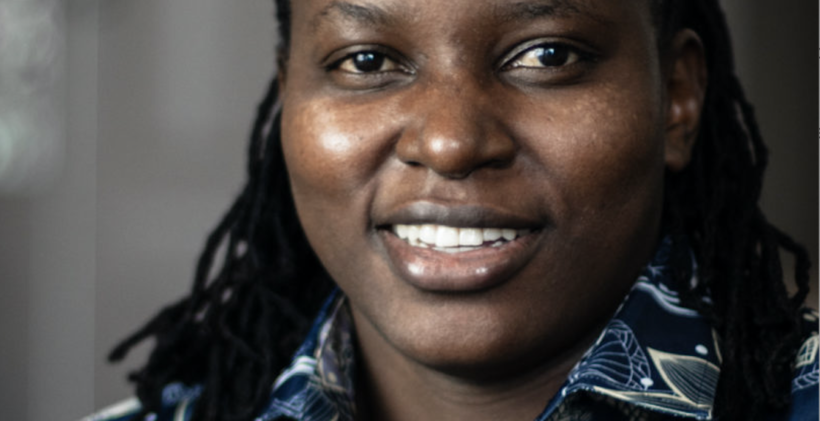 The possession of an identity document is essential to function in our world. For transgender, gender diverse and intersex people, legal gender recognition (LGR) is not only necessary to help them meet their basic needs but to survive.

In South Africa, Act 49 makes it difficult for transgender, gender diverse and intersex people to obtain an ID that reflects their gender due to pathological implications and discrimination when applying for gender markers.

As Sylvester Kazibwe steps into his new role as Iranti Trans Rights Programme Officer, he hopes his work will realise LGR for transgender people in Africa.

“I feel like as a region, we have not achieved a lot as trans people. You’ll find that there are probably strides that have been made in South Africa. But then, what happens to a person in Malawi?” Kazibwe asks.

In Africa, 31 out of 54 UN Member States (59%) still criminalise consensual same-sex sexual acts between adults, according to an International Lesbian, Gay, Bisexual, Trans and Intersex Association (ILGA) 2020 report. ILGA also highlights that the lack of legal provision for gender recognition for many Africans means that many transgender and gender diverse people have a gender identity that is not reflected in their official documents.

“You will find these are challenges that people are finding at a national level where a person can be trans, but not even belong in their country because they don’t have a simple document that identifies them as who they are,” Kazibwe said.

In spite of the challenging work ahead of him, Kazibwe said he is excited about his new role at Iranti.

“I feel like it comes in handy because I’m going to walk this road with my own transitioning journey as a trans man,” he said.

Born in Kampala, Uganda, Kazibwe went to Makerere University, Uganda where he studied Development Studies. He later pursued a Masters in Human Rights and Democratization in Africa at the University of Pretoria, South Africa. He describes his advocacy work as a “journey” that spans about six years.

“At Tranz Network Uganda, I started as the Membership Coordinator and I was there for about two years, then became the Advocacy and Networking Officer and then became the Deputy Executive Director,” Kazibwe said.

In the last two years, Kazibwe’s work spread internationally. He sits on the Pan-Africa ILGA, ILGA Asia and Cultuur en Ontspanningscentrum Netherlands boards. Looking at the global LGBTQI+ community, Kazibwe said little strides have been made for transgender persons to self-determine. In Africa, there are also several barriers that impede transgender and gender diverse persons from accessing affirming healthcare.

Iranti’s Ending Pathological Practices against Trans and Intersex Bodies in Africa booklet highlights: “Wide-spread pathologisation has not led to access to gender-affirming healthcare and often mental health diagnoses are rather used to justify conversion therapy.”

Kazibwe said there is little programming that is tailored to accommodate the healthcare needs of trans people.

“So you’ll find that when you’re accessing a service, you’re going to register for it as probably a lesbian or a gay person or a bisexual person. But you do not get that specific programming that helps you access the right to fill your right to gender-affirming healthcare,” Kazibwe said.

In his new role, Kazibwe is looking to amplify transgender voices and work towards policies that protect trans people from stigma, pathologisation and discrimination. However, he said he can’t do it alone.

“Advocacy can’t be one person’s job or an Iranti job. It takes a community to change or effectively contribute to change. So for me, it’s getting our community, getting the trans community empowered.

“If we have a number of trans people that are empowered enough to speak out to challenge policy to present their issues at a community, national and regional level, then I feel there will be impactful change because every trans person would now be in a place where they can rightfully defend their rights,” Kazibwe said.