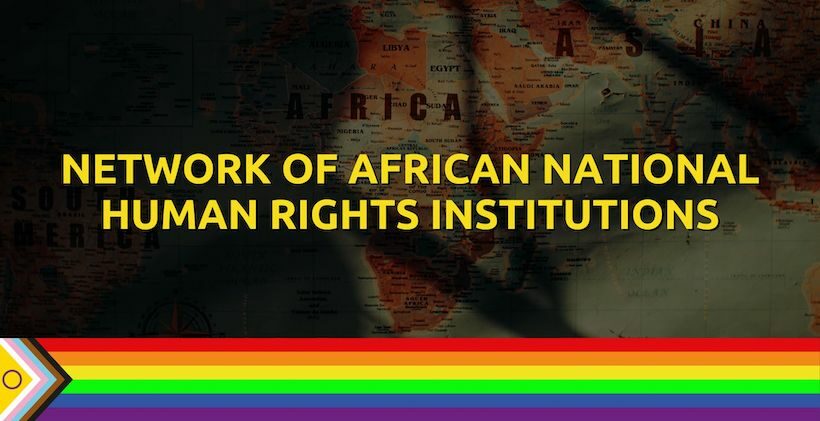 Earlier this year, Iranti accepted the invitation of the Network of African National Human Rights Institutions (NANHRI) to a SOGIE inception workshop centred on Resolution 275 and the lived realities of queer people in Africa. The workshop was held in Cote d’Ivoire from 9 to 11 May 2022. This was the first workshop in a capacity-building program aimed at institutionalising LGBTIQ rights and protections in Africa.

The workshop was part of the preparations for the SOGIE Phase III project, which included the appointment of a new Commissioner, a baseline study, and the training of a number of focal persons on SOGIE protection through the Centre for Human Rights.

The workshop envisioned ways to improve understanding of the complexities that SOGlE people face within their respective states, as well as effective ways to engage with human rights instruments that speak to the group’s protection, such as the African Commission Resolution 275.

The workshop brought together national human rights institutions (NHRIs) and SOGIE reference groups from across the continent, opening a dialogue as to what each party can contribute within their respective capacities, toward the realization of the project.

The workshop was designed to familiarise NHRls with the lived realities of LGBTIQ people in their states, as well as to raise awareness among NHRl representatives and SOGIE Reference persons about the project’s objectives and goals. Participants gained a better understanding of the Africa Commission Resolution 275 and other human rights mechanisms applicable to SOGIE individuals. They also looked into the roles that NHRIs play in the mandate renewal of the UN Independent Expert on SOGI.

Sylvester Kazibwe, Iranti’s Trans Rights Programme Officer and the SOGIE Reference Person for Southern Africa, led a discussion on the importance of SOGIE within NHRIs including information on the renewal of the UN Independent Expert on Protection Against Violence and Discrimination based on SOGIE. Kazibwe identified key areas in which national human rights institutions could work to protect SOGIE people. He believes that it is critical to renew this mandate, and that these institutions can help mobilize their respective countries, particularly those with voting rights at the UNHRC, to vote for its renewal at the UNHRC’s 50th session in Geneva in July 2022.

The workshop was an important part of Iranti’s advocacy initiatives and commitment to the defence of human rights as they relate to transgender, intersex, and lesbian people across the continent. The workshop served as a hub of learning and exchange, fostering collaboration among the NHRls and SOGIE reference groups; it deepened the value of Iranti’s partnership with NANHRI and the critical work it leads in the region.