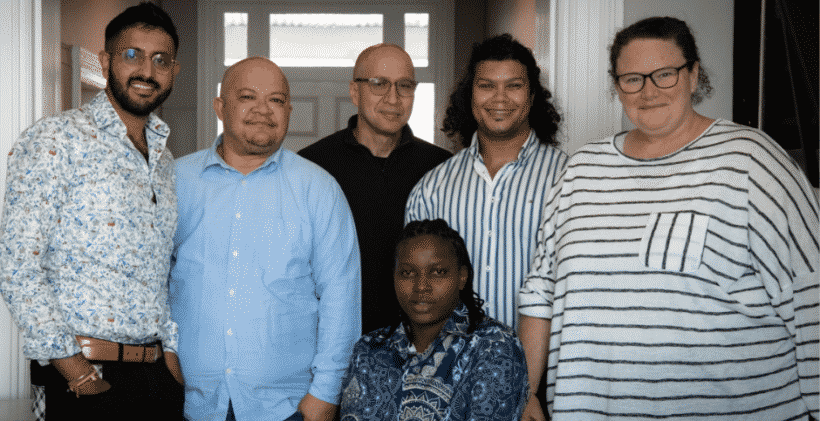 Iranti, a South African-based advocacy organisation that advocates for the rights of LGBTI+ persons across Africa, has announced a search for a new executive director.

Calling it a bold and commendable move, Board chairperson Tashwill Esterhuizen said founding director Jabu Pereira was stepping down after 10 years.

“Iranti has shown consistent growth over the last decade. It is now ready for its next phase of growth. This planned transition is affirmation of the organisation’s vision and impact,” said Esterhuizen.

The Board and founding director said new leadership could expand the vision from its foundational phase to growing impact across the continent.

“I am honoured to lead Iranti in raising the voices and visibility of Transgender, Intersex, Lesbian, Bisexual and Queer persons – not only in South Africa but also in Africa,” said Pereira.

“We have worked hard to develop Iranti’s clear vision and impact, investing in our team, our communities and our movement. To do this, we have put in place strong systems in management and in good governance that enables us to make a timeous decision on transition and succession planning,” he added.

Part of Iranti’s sustainability plan is its recent property acquisition in Brixton to create a welcome working environment for Iranti and its community.

A graduate of the Wits University and Nelson Mandela Metropolitan University, Pereira has a Master’s Degree (Museum Studies) from New York University.

“Iranti has always led in organisational development and this planned transition is evidence of that. It reflects the maturity of the leadership and organisation,” Esterhuizen added.

“We are proud of the organisation’s sustainability. COVID-19 has shown us how resilient the organisation has been – a tribute not only to the leadership but to every staff member. We also honour our donors who have continued to partner with us during these trying times,” said Esterhuizen.

The Board’s tribute to Pereira was echoed by funding partners.

“As one of the earliest donors, we would like to commend Iranti for all they have accomplished throughout the past decade and the important impact they have had, especially for LBQTI communities in Southern Africa,” said Erica Lim, Arcus Foundation Program Officer for the Social Justice Program.

“They have come a long way from their inception to document lived realities of LGBTIGNC communities and building media space, to advocacy at the World Health Organization, ACHPR, and leading dialogues with policymakers to shape legislation. Throughout their journey, they have always placed emphasis on uplifting the voices and leadership of those traditionally left out, strengthening movements for Lesbian, Trans, and Intersex people. We look forward to seeing Iranti continue to grow and expand its vision.”

During the following months, Pereira will host a series of online Director’s Roundtables to share Iranti’s experience of organisational development and movement building.

The recruitment process has started and interested candidates should watch our website and or social media platforms for more information.