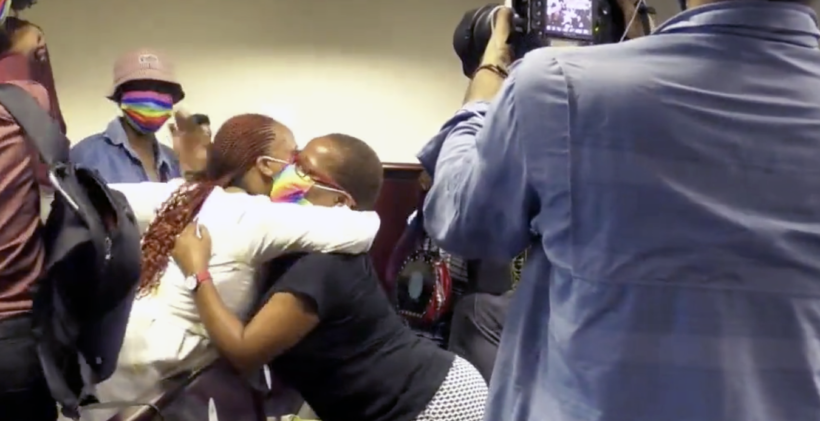 In a historic African victory, the Botswana Court of Appeal upheld the High Court judgment on November 29 to decriminalise same-sex relationships in the country.

This was after the Botswana government appealed to overturn the High Court’s 2019 ruling that declared the criminalisation of consensual same-sex relations unconstitutional. The Court of Appeal found the State’s grounds of appeal to be unsuccessful, and said: “there can only be one outcome, and that is that the appeal must fall.”

Lesbians, Gays & Bisexuals of Botswana (LEGABIBO) Head of Policy and Legal Advocacy Cain Youngman said he was “very happy” to see this historic change in his lifetime.

“I appreciate the High Court judgment and its affirmation of our rights. This is a message to everyone in the country – including the government – that human rights are important and should be respected,” Youngman said.

LEGABIBO was the first LGBTQI+ advocacy organisation to be recognised in Botswana and has been advocating for LGBTQI+ rights and visibility for years. With the support of the Southern Africa Litigation Centre, LEGABIBO was admitted as amicus curiae – friend of the Court – in the Motshidiemang v Attorney General decriminalisation case.

Global Freedom of Expression highlights that the applicant said Botswana was ready to embrace and tolerate homosexuality.

“This is because Parliament had passed the Employment (Amendment) Act which prohibited discrimination based on sexual orientation, the Botswana National Vision stated that Botswana must be a ‘morally tolerant’ and ‘compassionate, just and caring’ nation and the Afro-Barometer indicated that 43% of Botswanans are not opposed to homosexuality,” the organisation said.

Iranti Board Chair Tashwill Esterhuizen said the landmark victory is not only for Botswana but for all Africans.

“It will go a long way to build an inclusive and diverse society. I salute the resilience and commitment of LGBTQI+ activists who chose to be visible and have their voice heard even when the odds were against them,” Esterhuizen said.

In Nigeria, The Criminal Code Act (2004) imposes a penalty of imprisonment of up to 14 years for same-sex relations while in Sudan, same-sex sexual activity was punishable with death. This was before  Law No. 12 of 2020 amended sections of Article 148 to remove execution and flogging as punishment.

“However, persons found guilty of “sodomy” for a second time [In Sudan] may be liable to be imprisoned for up to 7 years and to life imprisonment upon a third conviction,” the ILGA report says.

“Slowly and with great resilience we will end and repeal colonial laws that still permeate through archaic laws,” he said.