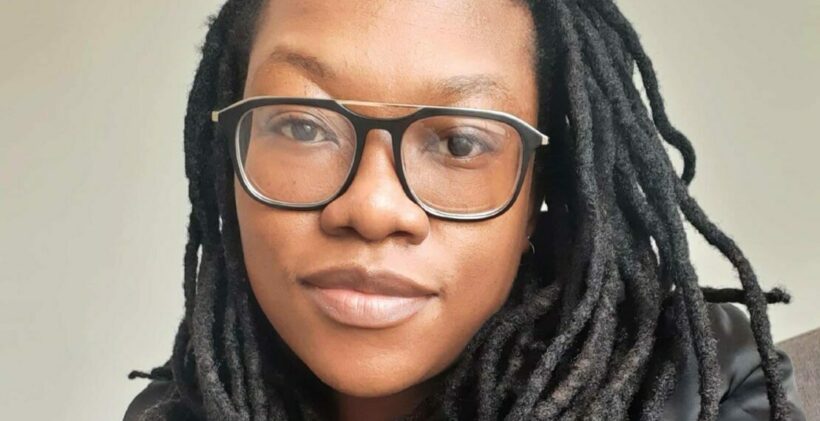 Lesbian, bisexual and queer(LBQ) organising has been on a steady rise for the past two decades with a 2020 report by Astraea and Mama Cash, “Vibrant Yet Under-Resourced: The State of Lesbian, Bisexual, and Queer Movements”, finding that 89% of LBQ groups had been founded in the last twenty years. Despite the clear and urgent need for a strong and dynamic LBQ movement many organisations that do LBQ work often find themselves under resourced, and their work constrained by narrow definitions that cannot hold the expansive intersections of LBQ lived experiences. It is within this context that feminist activist Botho Maruatona has joined Iranti as the new LBQ Rights Programme Officer, tasked with strengthening and imagining the organisation’s LBQ work in South Africa and on the continent.

Botho has a background in organising at the intersections of sexual rights, social and economic justice and the resourcing of queer feminist movements. She is passionate about learning from activists’ direct experiences, practice, knowledge and finding creative ways to amplify work that is authentically African.

“My greatest influences as an activist has come from Black African Queer women. I have experienced the greatest joy, the greatest love for community and the desire to embrace a different kind of reality from black queer women. A lot of consciousness is sown in this community. I have worked with women who have been generous with their knowledge, space and resources to help build and nourish different ideas embracing alternative ways of working, thinking and holding space for each other,” she says

Botho brings a wealth of experience in feminist organising and movement-building on the continent and a deep understanding of LBQ and women’s rights to Iranti. She sees this role, as LBQ Rights Programme Officer, as continuum of her activist journey in supporting queer feminists in their leadership and contributions to a myriad of social justice causes.

Her plans for Iranti’s LBQ Rights Programme include finding ways to support movements in building advocacy strategies, as well as growing communities of care and practice.

Born in Gaborone, Botswana, Botho’s activism flows from an awareness and direct experience of inequality from an early age. At high school she became involved in advocacy through environmental clubs which she led. She was also a prefect which exposed her to the workings of authority and how it can be disrupted from within a system.

“I saw all these inequalities piling up onto one body. Figuring out why that was happening and who I was as part of a community and society became important to me. As a prefect, I had a voice that others didn’t have, and found that I could use this to protect people who needed it.”

Her journey as an activist continued into her professional life, she worked at the Lesbians, Gays and Bisexuals of Botswana (LEGABIBO), as the Gender and Youth Advocacy Manager. Botho was part of the team that successfully advocated for the registration of LEGABIBO in Botswana. Reflecting on this period she says,

“As an organising mandate, it served as a great model for organisations in the region, an example of what it looks like for queer people to participate in bottom-up leadership where there is room for growth, emerging ideas and difficulties. Collective action became a huge part of the queer community – a social front and springboard for our advocacy. It was critically important to find alternatives – we built a culture community based on the principles of love, care and wellbeing.”

Botho later went to regional movement building role within the Coalition of African Lesbians(CAL)as the Community Organising and Campaigns Officer. This involved identifying what is important to build onto queer feminist movements, setting priorities and resourcing LBQ movements.

Some of the ground-breaking community projects that Botho has led include Dipolelo Tsa Rona, the first book of queer Batswana stories; the highly successful Autonomy Project Pop-Up Market through which (queer) socio-economic issues became part of the human rights conversations at a time when pop-up markets were not yet a thing Botswana; and the Masakhane legacy website, an archive showcasing ten years of LBQ activism and knowledge resources.

She has now brought her talents to Iranti where she hopes that her work will expand the organisation’s vision to build on queer feminist knowledge.

“Iranti has always been a great template for media advocacy and using that to build a knowledge resource as reference for lived experiences of LGBTIQ people in South Africa and Africa. The organisation has resonated with real and lived experiences of queer people, and found ways to bring to light how various forms of violence (at various levels) on queer bodies are the reason this work is important,” she says